Today’s beer market is the subject of today’s Brew Ha Ha with Steve Jaxon. He and Herlinda Heras talk with Tara Nurin, Forbes magazine correspondent who writes about the beverage and spirits markets. Her June 30 article in Forbes magazine is called “Alcohol Sales Are Not Spiking or Even Stabilizing, Here’s Why the Misconception Matters. She says she has heard reports in the media saying that alcohol sales are supposedly booming during the Coronavirus crisis, but she knows well, that is not the case, which her article explains in great detail. 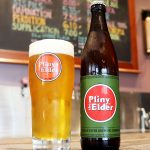 People have been buying more from liquor stores, but overall sales are down. So much revenue comes from public sales in restaurants and lots of other public locations, which have been closed. The retail sales increase does not make up for the losses. Alcohol sales have only spiked in to-go sales, like everything from supermarkets to liquor stores and convenience stores.

Breweries that were only selling draft were in the most trouble, and those that were able to start canning or who had recently added canning lines, had an easier time. Our guest two weeks ago, Brian Hunt of Moonlight Brewing Co., is an example. It is especially hard for restaurants that were closed, then some were allowed to open but now are closing again. This puts strain on management, finance and personnel. Herlinda also reports that the National Brewers Association had to lay off some staff.

Gabe Jackson from The Beverage People is also in today. The Beverage People, since 1980, has provided the Sonoma County community with everything anyone needs to make beer and wine at home, as well as many other kinds of fermented beverages and foods, such as cider, cheese, olives, kombucha and more. Gabe Jackson was also a guest on Brew Ha Ha was last summer, on July 18, 2019. The Beverage People also holds classes; they are not active right now, but they hope to resume them soon. Gabe assures us that they can still give personal advice about anything to their customers. 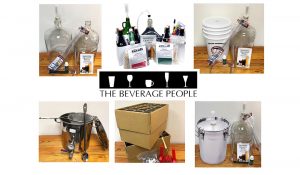