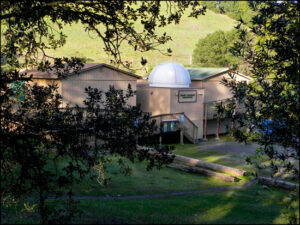 The Wine Country Distillery Festival is August 13 at the Luther Burbank Center for the Arts, on the East Lawn. This time it is an outdoor summertime event and this is a new location for them. They will have more vendors, a stage with live music, a cocktail competition and a silent auction to benefit the Robert Ferguson Observatory. Tickets for the VIP Oasis section are $123 and regular admission is $88. They also offer a designated driver ticket, for non-alcoholic consumption, at $12.

Les Dames d’Escoffier is one of the only non-profit professional organizations that is focussed on women in hospitality industries. There are 43 chapters around the world with 2300 members and growing. The local chapter has 51 members and has just celebrated its second anniversary. Doralice describes how many members are donating their time and effort to the VIP tent. Julia Child was one of the founders of Les Dames d’Escoffier. In her time, there was a men’s professional organization that excluded women, so she and her partners founded their organization and named it after Gustave d’Escoffier who was known for honoring women in the profession.

The Wine Country Distillery Festival started in 2019. Lindsay Musco describes how she thought of the idea. With all the focus on wine and beer in Sonoma County, she thought the local distillers deserved their own event. All of the net proceeds go to a non-profit, and this year that beneficiary is the Robert Ferguson Observatory. The event takes place August 13, from 12-4 pm. Tickets are available at the LBC website or at their own site.

Chris Matthise runs Sonoma Brothers Distilling with his twin brother. They started in 2012, in Windsor. They only do about 1000 cases per year and they also work with some custom clients. He’s a fireman and his brother is a police officer. They have a prominent role in the Wine Country Distillery Festival. As they start mixing some cocktails, we get to hear how the shaker sounds on a radio microphone. Herlinda has compliments for Sonoma Brothers Distilling who along with Sipsong Spirits are her local favorites. Tara Jasper, founder of Sipsong Spirits, will also be at the event. Tara Jasper and Sipsong Spirits were featured on Brew Ha Ha two years ago on this July 30, 2020 episode, which was soon after she won a double gold medal for Indira Gin. We got to hear the cocktail shaker in that episode too.