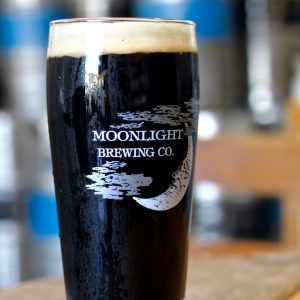 Brian Hunt, founder of Moonlight Brewing Co is back on Brew Ha Ha with Steve Jaxon. Herlinda Heras in also in the studio today. Steve asks how Brian is surviving the Coronavirus challenges and he says it has pushed them to put more beer in cans and less in kegs, because kegs to to restaurants which are all closed and so beer drinking has shifted to cans. He opened Moonlight Brewing in 1992 producing beer on a small scale, putting it in kegs and distributing it around the Bay Area. In 2002 he moved near Graton then in about 2012 moved to Coffey Ln in Santa Rosa. They make different styles of beer. They are drinking a Moonlight Brewing Reality Check, which is a Pilsner.

They only started canning since December 2019. They have bought a canning line. Previously they used a mobile canning line. Now their canning line comes from the Codi Canning Company in Colorado. Andrew Ferguson, from Codi Canning, is on the phone with Steve Jaxon.

Codi Canning is offering free canning services to brewers who are stuck with inventory in tanks in the brewery and who can’t put it into kegs because the restaurant business has dropped out and nobody is taking kegs right now. They have extra equipment and he saw the need to get the beer out of tanks and into something that would be sellable so the breweries can have some chance to sell their beer instead of having to dump it. Here is an article in Food & Wine online magazine about Codi Canning’s initiative.

Moonlight Brewing was producing maybe as much as 95% draft beer before they got the canning equipment. Now they are “basically zero percent draft beer” and it’s almost all in cans. They are doing take-out and shipping but the real news for the business is that they are selling beer to places like Oliver’s (the gourmet markets) and any other place you can buy good beer in cans.

Selling beer in cans to the public instead of in kegs to restaurant distributors means finding the buyers in different places, in different ways. So Herlinda notes that since the canning line installation, she has never seen so much of Brian Hunt on Moonlight Brewing’s Instagram page.

Herlinda takes a moment to mourn the recent passing of Roseanne Finkel, who with her husband Charles Finkel, ran The Pike Brewing Company in Seattle., which was originally called the Pike Place Brewery in 1989. They were the first large scale importer of many important beers from Belgium, Germany and England, thirty years ago when there was no other way to get that kind of beer here. For this reason they were hugely influential. “It was a beer desert before them,” says Brian.

Brian explains that it is important to have beer from the small producers who are the only ones who can produce beer made with that kind of care. The large industrial brewers are working on economies of scale so they are not able to take the same kind of care with the beer.