Brew Ha Ha with Steve Jaxon today features Don Barkley and Kevin Lovett. Mark Carpenter and Herlinda Heras are both traveling. Don was last on Brew Ha Ha back in March of this year. Don Barkley tells the story of how he was there the day that Kevin was born, on the 4th of July. Kevin’s dad Michael and Don Barkley have been friends for a long time. They worked together at the New Albion Brewery then they moved to Hopland at the same time to start the Mendocino Brewing Co. and the Hopland Brewery and Kevin Lovett was born soon after that. Kevin was one of Don’s first employees at the Napa Smith Brewery, where he worked for about five years. Then he got an offer from Brian Hunt who owns and operates Moonlight Brewing Co., which also happens to be where Don’s son works. Kevin says, “I got to work for two of the godfathers in this industry, Don and Brian.” Then after Moonlight, Kevin was the head brewer at Stumptown for two years, then became the Master Brewer at Cloverdale Ale Company. He has now bought the brewery, just three weeks ago, and is going to reopen it at the beginning of the year, as the Wolf House Brewery. He is opening two spots at the same time, one in Glen Ellen, the Jack London Historical Village, on the south side, right up against the Jack London Park. Both places will be a full brew pub, but their main production facility will be in Cloverdale. Glen Ellen is known as a wine town but there are few breweries and no tasting rooms, except for Cloverdale.

We get a phone call from Herlinda Heras who is visiting Belgium, where it is 2:29 AM the next day. She began the trip in Amsterdam. Everywhere she goes there are separate containers for recycling glass and plastic. She also visited two breweries in windmills. 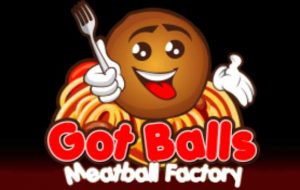 Kevin’s business partner and bro-in-law is a chef who also runs a food truck called Got Balls Meatball Factory. that specializes in meatballs and he will manage the food provisions there.  The Glen Ellen location is being rebuilt from scratch, including all the local permits.

Herlinda describes a Belgian monastery where the beer that the brothers produce was for a while the number one rated beer on RateBeer.com. When crowds of beer lovers showed up there, the monks were unhappy with the interruption to their life, which includes a vow not to earn more money than they need to run their monastery. Herlinda describes going to some Trappist breweries there.

Herlinda is touring breweries on Bon Beer Voyage Beer Tours. They have rooms on flat-bottomed canal barges that go through the canals in the Netherlands and Belgium. They visited Antwerp, which is gorgeous. She will also attend the Smithsonian ceremony on November 8 in Washington DC, for the opening of the Beer History Museum, where some famous American brewers like New Albion, Anchor Brewing Sierra Nevada and Dogfish Head will be inducted. Fritz Maytag and Ken Grossman will be there. Herlinda wonders why Dogfish Head is in such company.