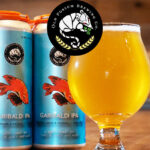 Sandro Tamburin,  Old Possum Brewing Co. brewer, joins Herlinda Heras and Harry Duke on today’s Brew Ha Ha. Herlinda Heras  was recently in Bologna, Milano and other parts of northern Italy to be a judge at the Italian national beer competition. She has brought some Peroni beer back, it is a popular lager. And since she was there at Easter, she brought back a “colomba pasquale” which is a kind of cake called an “Easter dove” which is a sweet egg bread similar to panettone (without the bits of candied fruit) shaped like a dove in flight. There were 2000 beers and 63 judges (75% of whom were Italian) at the Birra dell’Anno, the annual Italian national beer competition. On the first night, the Italians all brought something from their region. She tasted the best buffalo mozzarella, for example. The winners will be announced […]

END_OF_DOCUMENT_TOKEN_TO_BE_REPLACED 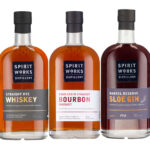 Timo Marshall from Spirit Works Distillery joins Harry Duke on Brew Ha Ha today in the KSRO studios. Spirit Works Distillery is coming into its tenth year. Based in the Barlow, they are a small family run operation, “grain to glass.” They have a Spirit Club too. They are perhaps best known for their Sloe Gin and their Bourbon has won several awards recently, including a “Best Of” from the North Bay Bohemian.  In 2020 they won Distillery of the Year, which was “hugely flattering” but there was no celebration due to the pandemic. The award focusses on how the distillery operates and their general philosophy as well as quality of product. They received by a Zoom conference. For him and his wife Ashby, the head distiller, they felt like it was a real career milestone. Timo was born in Britian and became interested in […]

END_OF_DOCUMENT_TOKEN_TO_BE_REPLACED 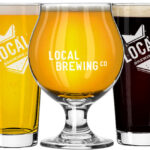 Regan Long of Local Brewing Company of San Francisco joins Harry Duke and Mark Carpenter today on Brew Ha Ha. They are celebrating their 7th anniversary in June. They are a 10-barrel brewery, they do about 20 kegs per batch. Since Covid they are packaging a lot of beer in cans too. Regan Long studied Physics and Astronomy and had an interesting career as a scientist in Oceanography and Engineering and tells the story of becoming a brewer. Mark Carpenter adds that a science background is ideal for going into brewing. Regan Long also taught Oceanography at San Francisco State, and did some scientific and business consulting across a wide variety of industries. They are known for a lot of their lager beers. Their Black Lager was their first award winning beer. They called it Bluxome Black from the street where they are located. […]

END_OF_DOCUMENT_TOKEN_TO_BE_REPLACED 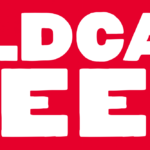 Harry Duke and Herlinda Heras have two themes on Brew Ha Ha today. Paul Matlock and Dan Ferris from the 20/30 Club of Santa Rosa will talk about the Battle of the Brews and Tom Edwards, brewmaster from Old Caz Beer, is in the studio. Battle of the Brews takes place April 9, 2022 at the Sonoma County Fairgrounds. Dan is chairing the event this year. Battle of the Brews has been off for two years, but it has a twenty-five year history. They started back in the 1990s when gas was less than $2 a gallon. There are all kinds of breweries there, and people can taste them and vote for the people’s choice award. Voodoo Vultures and Rotten Tomatoes, two local bands, play live. There are 50 breweries and 12 BBQ teams also in competition. Once you come in, it’s all you […]

END_OF_DOCUMENT_TOKEN_TO_BE_REPLACED 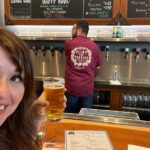 Natalie Cilurzo is in today with Harry Duke and Herlinda Heras for the debut of Pliny the Younger, the incredibly popular and world-renowned beer from Russian River Brewing Company. They are also working on an international collaboration with a Ukrainian brewery, part of an international call to action, to breweries to brew this beer and donate the proceeds to Ukrainian refugee relief. RRBC is releasing theirs on April 1 along with a special brewing of their Defenestration beer. All of the proceeds are going to humanitarian efforts for Ukraine. The strong golden ale will be relatively low alcohol, and the other will be higher in alcohol and hoppier. This year they brewed Pliny the Younger but they had to hold it back due to public health concerns. The recipe it the same as last year’s edition, with a total of ten different varieties of […]

END_OF_DOCUMENT_TOKEN_TO_BE_REPLACED 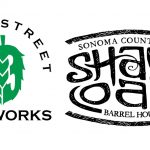 Tyler Lafferty from Third Street Aleworks and Steve Doty from Shady Oak Barrel House are our two guests on Brew Ha Ha today with Herlinda Heras and Harry Duke sitting in for Steve Jaxon. The FeBREWary celebration is going on in Santa Rosa, sponsored by Visit Santa Rosa. Go to the website for information about how to participate in the 2022 Beer Passport. (SF Beer Week is also going on.) There are 14 craft brewers in the program this year. You pick up your passport at Wilibee’s and if you get 11 stamps, including three free ones, you can win a colorful medallion. There are not just Santa Rosa breweries in the Beer Passport program. Bear Republic and Old Caz in Rhonert Park and also Seismic in the Barlow in Sebastopol are also among the participating breweries. Brew Ha Ha is sponsored by the Santa Rosa […]

END_OF_DOCUMENT_TOKEN_TO_BE_REPLACED 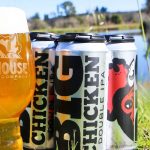 Colin McDonald, brewmaster and co-founder of Hen House Brewing is in the studio with Herlinda Heras and Harry Duke on Brew Ha Ha today. They have Hen House’s special brew Big Chicken to taste. This year Hen House has Big Chicken in cans in the tasting rooms in Petaluma and Santa Rosa, and kegs for all their other bars and restaurants. This is their big celebration beer. Hen House has some distribution in Portland. Their Portland distributor is driving up tomorrow with kegs freshly filled to deliver there. This beer has a following of people who are eager to tap these kegs as soon as they can. This is their 10th anniversary and 10th batch of Big Chicken. It is everything they learned about making hoppy beer during the year. The recipe changes every year as they learn new stuff. They are also doing some new […]

END_OF_DOCUMENT_TOKEN_TO_BE_REPLACED 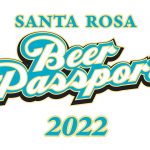 Harry Duke, Matt Carpenter and Herlinda Heras have two guests today on Brew Ha Ha, Natalie Cilurzo from Russian River Brewing Co. and Martin Voigt, the leading beer blogger from Austria are both here today. First, we welcome a new sponsor to Brew Ha Ha. Visit Santa Rosa is sponsoring Brew Ha Ha this month with the Santa Rosa Beer Passport initiative. There is a list of participating breweries at their website Visit Santa Rosa dot com. The Santa Rosa Beer Passport is your guide to explore the world-class craft beer scene in Santa Rosa. Natalie Cilurzo from Russian River Brewing Co. joins us in the studio today because normally, today they would be gearing up for their 18th annual Pliny the Younger release. However they have decided to postpone that this year, because of the surge in Omicron cases. The new release dates are March 25 to April 7.  […]

END_OF_DOCUMENT_TOKEN_TO_BE_REPLACED 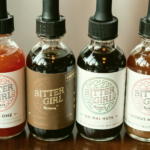 Erin Hinze from Bitter Girl Bitters and Mike Barber from Barber Lee Spirits distillery in Petaluma join Harry Duke and Herlinda Heras today on Brew Ha Ha. Also, Dustin Sullivan is in, to announce the opening of his second restaurant. Erin Hinze was on Brew Ha Ha three and a half years ago, on this episode of May 17, 2018. Mike Barber’s wife organizes the Petaluma Holiday Food Fair. There are lots of vendors including Bitter Girl Bitters, The Spice Queen and many others. You can do Christmas shopping at the Petaluma Hotel and have a cocktail too. (The 2021 edition took place on Nov. 23; look for the 2022 edition at their website.) Bitter Girl Bitters Erin explains that her bitters, “…are designed to make cocktails taste amazing,” using homegrown ingredients. All her bitters have a fun concept and a fun name. She […]

END_OF_DOCUMENT_TOKEN_TO_BE_REPLACED 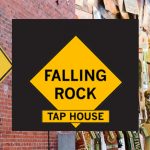 Falling Rock Tap House in Denver is closing its doors and going out of business. Chris Black, owner of Falling Rock Tap House in Denver is our first guest today on Brew Ha Ha, today with Herlinda Heras, with Harry Duke sitting in for Steve Jaxon. Sadly for the beer world Chris Black is on a farewell tour. Falling Rock Tap House has been the most popular tap house in the country for many years. Now he has a set of several four-foot-by-six-foot signs that depict the logos of beers they sold. A former bartender who worked for him painted them. Now, he is visiting the breweries to give them their signs. He just visited Lost Abbey in San Diego and now he is up in Northern Caifornia to deliver some others at Anchor, Lagunitas, Sierra Nevada and Deschutes. Jeremy Cohen is on the […]