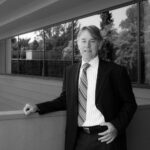 Don Winkle joins Harry Duke and Herlinda Heras on Brew Ha Ha today. He is an attorney whose clients include craft breweries. The last time Don was on Brew Ha Ha was this episode of May 16, 2019.

There is a new California law in effect July 1 of this year that mandates a new alcohol server test for licensed retailers. In a highly regulated industry it is important for businesses to keep track of new laws like this. The ABC has clear guidance on their website. In Don’s opinion, the ABC has done a good job with their website and the information is clear and easy to find. They have also shown a lot of flexibility during the pandemic, including relaxing some rules. There is a bill to keep cocktails to go available in the state legislature.

Don describes how he matched his interest in the industry to his job, by being in the right place at the right time. He is an attorney who started with one client in the brewing industry and now he has many such clients. Specialized in the kinds of contracts that are germane to the industry, such as distribution agreements, contracts, regulations and leases that are unique to the industry, he also handles partnership relations. He enjoys being a part of the industry and feels lucky. Of course, tasting and drinking beer is a nice part of the job. Don describes how for a fan, the Pliny the Younger annual event is worth the wait.

Some legal issues in the brewing business

The cocktails to go law is a retail law issue, and Don’s work is with wholesalers and manufacturers. There was a recent settlement regarding distribution of craft beer. The Reyes-Seismic case started out as a contract dispute that became an anti-trust lawsuit. There is great consolidation in distribution and Reyes is buying up distributors. Being a huge privately owned company, they are not subject to the same scrutiny that public companies live with. They own about 50% of the distribution, which puts pressure on competition. The big distributors have influence on retail shelf placement in major high-volume retailers. 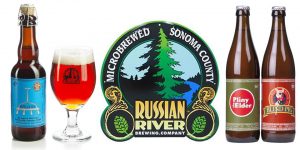 Brewers and wholesalers are different and separate licenses. Don explains that one kind of brewer can self-distribute, in California. This is not in the law in other states. Enforcement in certain areas may have waned during those times but not much anymore. The brewing industry made big changes. Many shifted from kegs to bottles and cans. Curbside service and delivery made big differences in keeping a lot of places open.

Someone starting a brewery should have good legal advice, as well as plans for insurance and succession plans for partners. Anyone attempting a startup needs advice from people with experience getting a site, equipment, a good lease, and capital to get into production. One key factor is water. How do you get it and what do you do with your waste water? Agreements like leases, insurance and supplier agreements are key to your success and need to be examined carefully. A partnership agreement is one of the most potentially challenging issues for any business, so important for a brewer. “Leases are draconian documents and they need to be gone into carefully.”