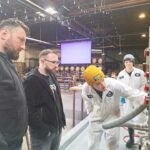 Marcin Malecki and Artur Napuripski of Maryensztadt Brewery in Poland are our guests today on Brew Ha Ha with Harry Duke and Herlinda Heras. Artur is the sales manager as well as a beer sommelier and brewery historian, and Marcin is the brewery’s owner. Herlinda Heras has been a beer judge at the Polish national beer competition for the last few years, along with Artur. Herlinda invited them to California for a visit and for a collaboration at Anchor Brewing and a visit to some famous Sonoma County craft breweries.

Marcin tells about their visit to Brew Ha Ha sponsor Russian River Brewing Co. and how impressed he was with their Windsor location. They also visited Brian Hunt at Moonlight Brewing.

Grodzisz is a smoked wheat beer, which is a unique Polish style. It uses 100% oak-smoked malt. Herlinda finds it refreshing. Artur describes it as a unique style and says the malt is hard to find. Polish brewers stopped making it in 1993 but they revived it recently. Beechwood smoke has a different flavor, like ham or cheese. This oak smoke is more like a campfire and is more subtle.

The craft brewing industry is young in Poland. They began about ten years ago with an American IPA. The brewery’s name Maryensztadt is a small neighborhood in the heart of Warsaw, part of the old town. They wanted the brewery to be there, but they could not produce alcohol there. So they established the brewery in a small town very close to Warsaw. They try to make the brewery as “green” as possible, or sustainable, using as little energy and water as possible and recycling water. When they visited Russian River Brewing Co., they thought they would like to be that big in ten more years. 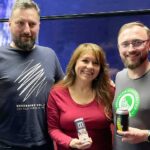 Marcin has always been interested in beer and was a consultant brewer before opening the brewery. Artur has been interested in beer since long before the craft beer revolution. He eventually became a beer judge and got a beer and cider judging certificate. He is studying for his mead certification too. Poland has a long tradition of making mead, and even the certifying body, JCP, does not know all about it. Poland is also a huge producer of apples, but not cider apples. There is a small but promising cider revolution going on, but the problem is getting the right apples. There is also a thriving hops production in Poland.

Herlinda told Mark Carpenter, former Brew Ha Ha co-host, about Polish beer so he went there on a vacation and met Artur. Anchor Beer was the first good American beer to be available in Poland after the fall of Communism, and many people still remember its arrival and importance at the time. As Marcin says, “…your craft revolution is really great!” 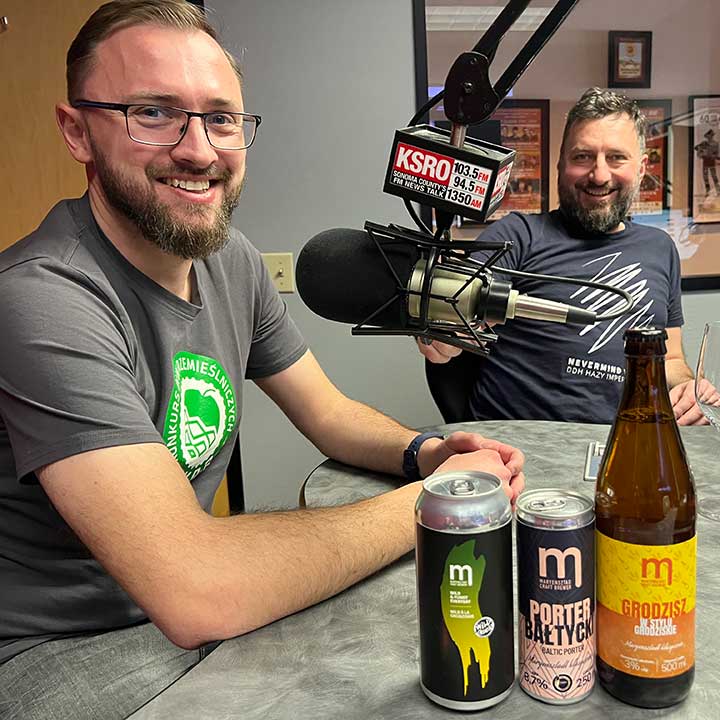