Due to the Kincade Fire in Sonoma County, there is no live Brew Ha Ha show on KSRO today. For this podcast episode, here is a repeat of our July, 2018 visit with Brian Hunt, founder of Moonlight Brewing Co. Please consider making a donation to the Red Cross which has done so much to help Sonoma County again during the fires this year.) 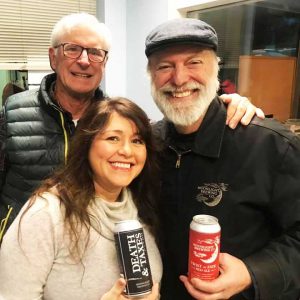 Moonlight Brewing will celebrate their 26th anniversary at an event in September 2018. They are the closest brewery to Coffey Park in Santa Rosa, which burned in the October 2017 fires.

As for his hop philosophy, he also likes to make beer without hops. He says hops are just a spice, but that you can put other things in beer to flavor it. He just really loves a drinkable beer.