Vinnie and Natalie Cilurzo are here to celebrate the 15th anniversary of Russian River Brewing Company in their Santa Rosa location.

Steve and Vinny tell the story how Vinny was running the brewery at Korbel, as a consultant. Then they opened another brewery at Lake Sonoma Winery which is now Sbragia. But in 2002 Korbel decided to get out of the beer business and Vinny wanted to keep the brewery going so he traded his severance for the Russian River name and raised $750k. That is how they started. 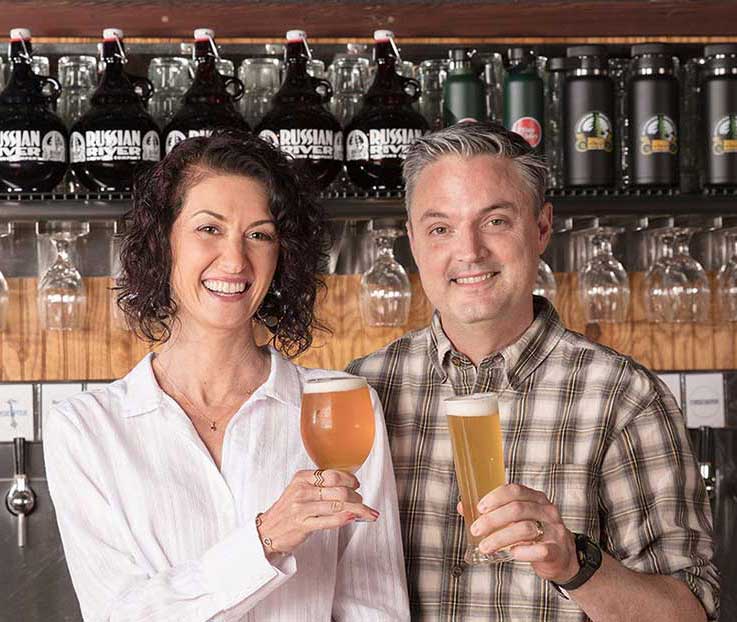